Now somewhat accustomed to Central America’s carefree attitude towards time, I wasn’t over concerned when there were no signs of life in the morning. Almost two hours later than planned, we headed off, pausing briefly in town to collect some more gear and people. The number of cars in our convoy grew as we approached the small community of Sitio Mata. Leaving the cars at the house of Pipo’s acquaintance, we geared up and proceeded a short way past a water reservoir to the start of the cañón.

We had a small safety talk and proceeded to the tiered waterfall we had spied on the approach. Another group was already there so we took advantage of the time to practice abseiling from a tree. The group we had passed on the way in soon joined the queue, it was a busy canyon today!

I was a little supprised when Pipo asked me to set up the first rappel… I felt a little put on the spot and as I approached the anchors (mostly steel cable from trees) I was suprised to meet Enrique, the guide for the group in front of us. I’d been messaging him a bit, but we hadn’t actually met.

With Fernando’s help I rigged a munter mule on a suspended cable and backed it up with a biner block on another… I just forgot to set the releasable anchor on the right side of the mallion. Oh well, it was a short pitch. 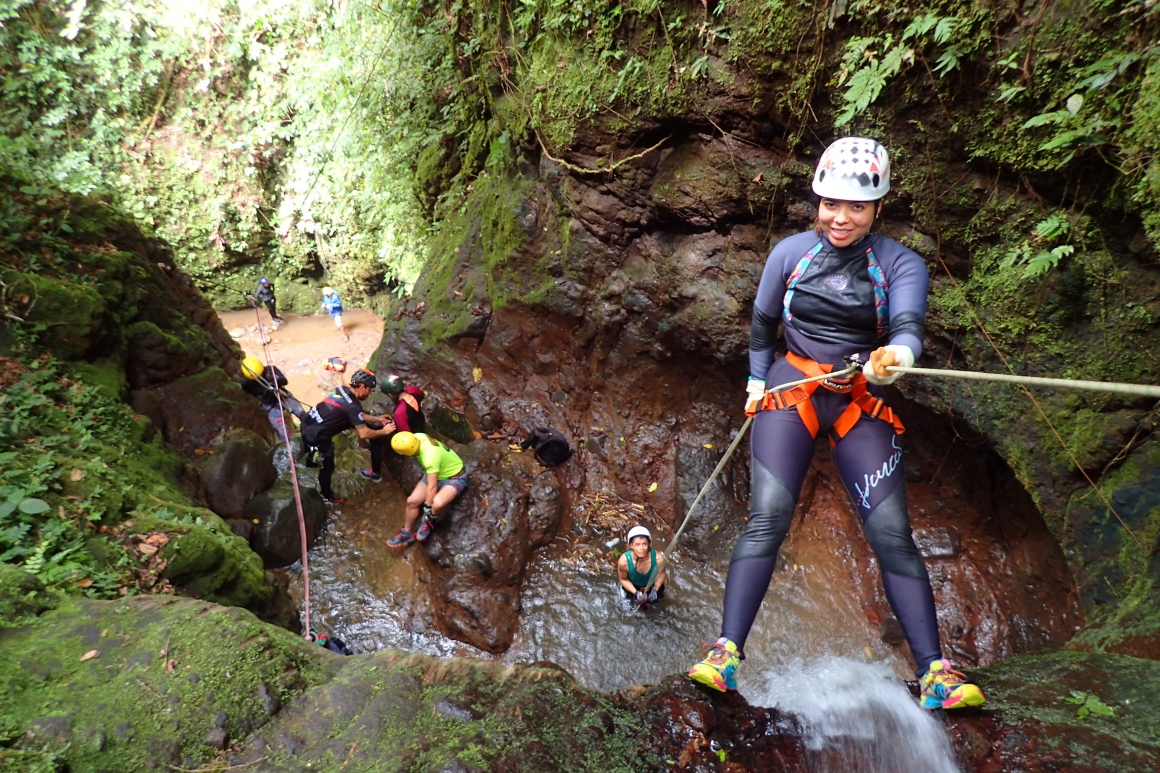 A second drop immediately followed, this one a little higher and ending in a deepish pool with a tree trunk.

Fernando and I rapped from the top down both pitches and headed off to set up the next anchor to keep the group moving.

The next drop had anchors on either side and wasn’t especially memorable. I ended up downclimbing it CL.

Some creek walking followed and we soon popped out onto the road by a bridge. We bypassed a section of the stream through some sugar cane fields were Pipo broke off pieces for everyone to chew on as we walked to the next section of the ‘canyon’.

We rested at the top of the next drop, talking, enjoying snacks, sharing some rope skills and even making some 360′ fotos.

The next drop was on quite an incline and after rigging the first persons eight in the standard configuration, Fernando and I quickly changed to thread everyone’s descender in sports mode.

Some gloves were left at the top and as Pipo climbed back up the waterfall to retrieve them I headed down stream to join the others ahead. We enjoyed a small slide and moved slowly downstream while we waited for the others to catch us.

The final pitch had lots of hidden rocks and the flow changed dramatically as those at the top dammed the stream with their bodies to release a torrent of water into those abseiling down.

The trip finished with a great slide into a pool that was was made deeper by a small circular wall of stones. I quickly zipped down a second time before joining the others on the short walk out. 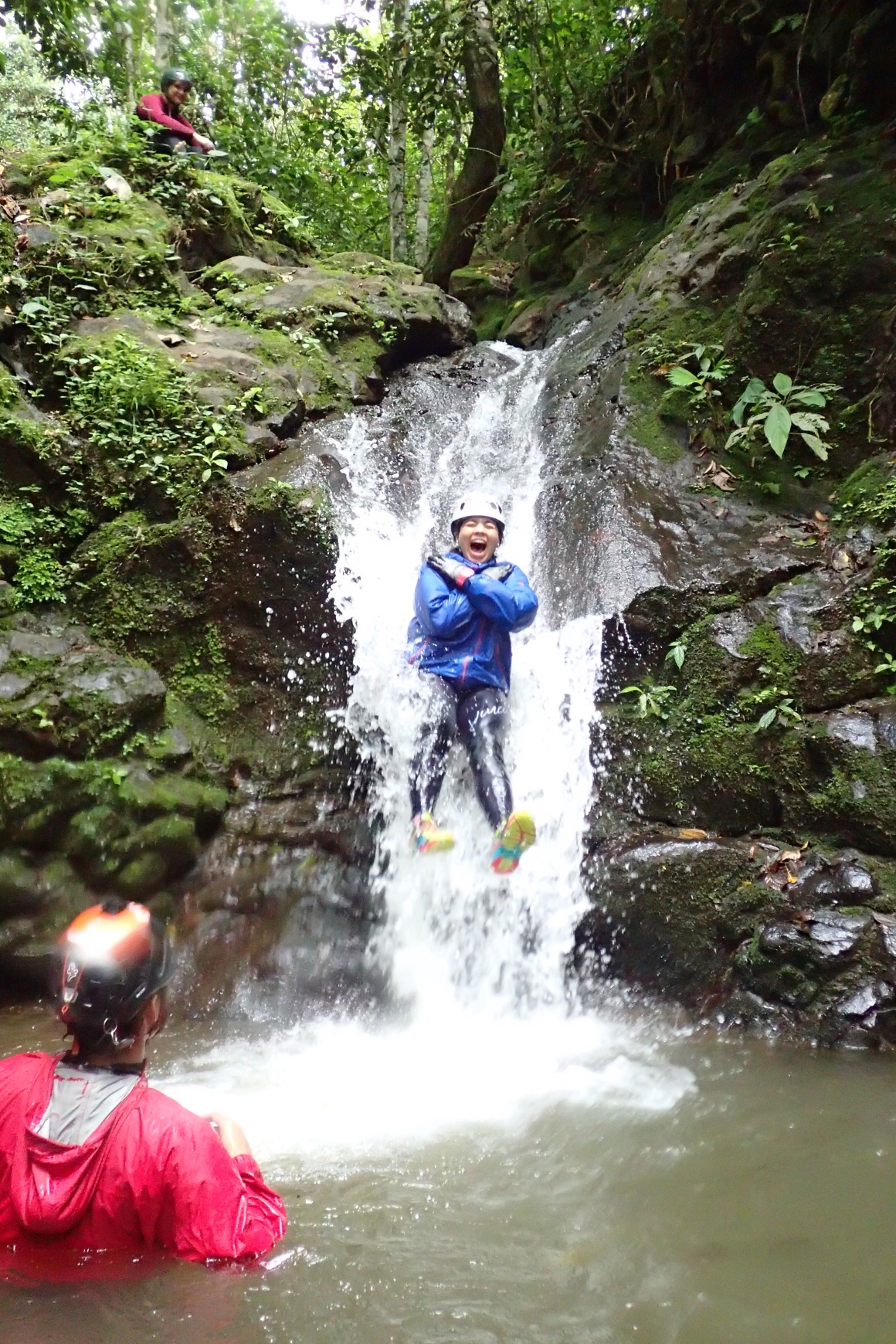 After changing into dry clothes, we headed down the road a short way to have lunch at a restaurant with great views across the valley.

It was a fun day out with an amazing group of people. Thanks!

Canyoning.org.au is an online community where Aussie canyoners share their experience, passion, knowledge and skills.

T2 has started selling specialist canyoning equipment and custom made items. Visit his store at CanyonGear.com.au

Protect the spectacular escarpments of the western Blue Mountains.

Our most recent adventures