It was my first day off, while Nick had organised to meet up with his friend Natan. We were off to do our second canyon on Vancouver Island: Looper Creek. I was pretty excited about this one – we had looked down into the it from the bridge a couple of weeks earlier when did the Carmanah River. From the top it looked very impressive – certainly the best slot canyon I had seen in Canada!

We again took two cars to Port Alberni and car pooled from there. We meet Natan in the tiny town of Nitnat – next to the brilliant blue lake that goes by the same name. It was then only a short drive to our approach hike.

Chris Hood has written a wonderful trip description on the Canyoneering Northwest webpage. We followed his description to approach the canyon. We followed the road that follows the north side of the creek for about 2km where we reached a pull-out and dropped down into the creek.

Enduring a bit of bushbashing and some down-climbing in a small gully, we then reached the creek and geared up. It was pretty hot, so we were soon swimming and jumping in, even where we could have easily passed around the pools. 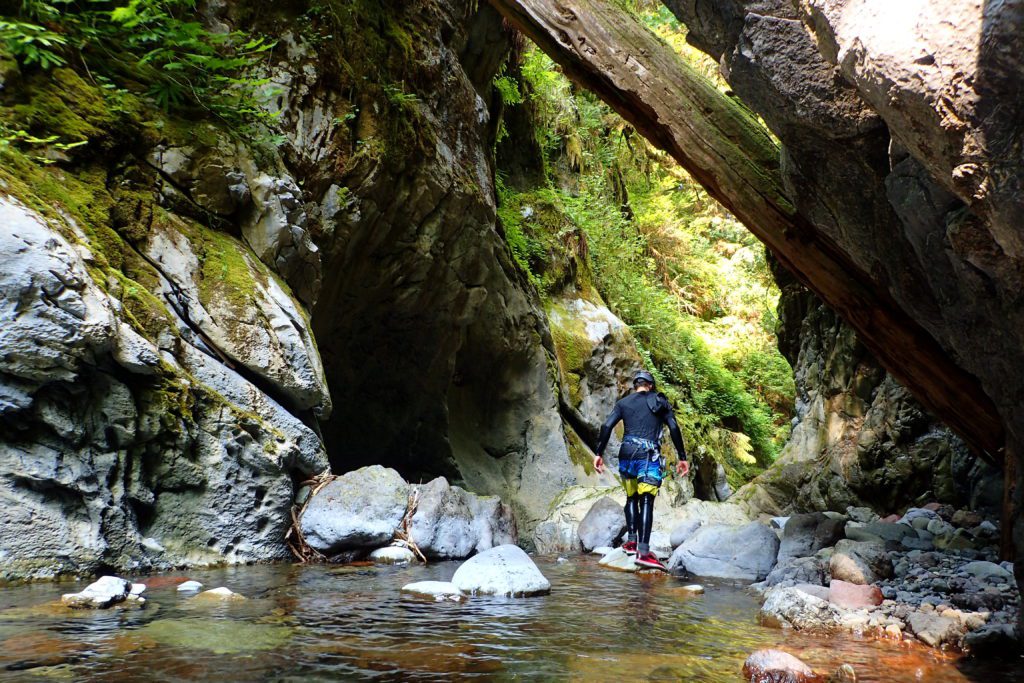 There were some short constrictions, but the canyon never got particularly narrow. After passing the West fork, the canyon became more of a slot and the walls becoming much taller. In one of the constrictions I set up my camera to get some photos of us all, as well as getting getting a photo of the first aid kit I ‘won’ from a lotsafreshair giveaway. 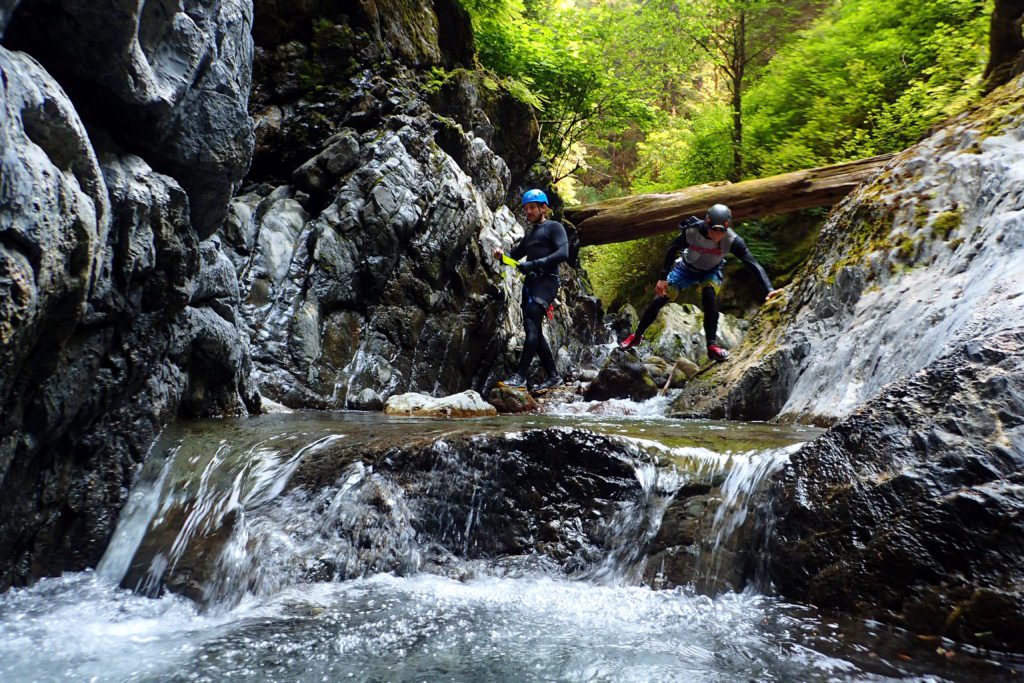 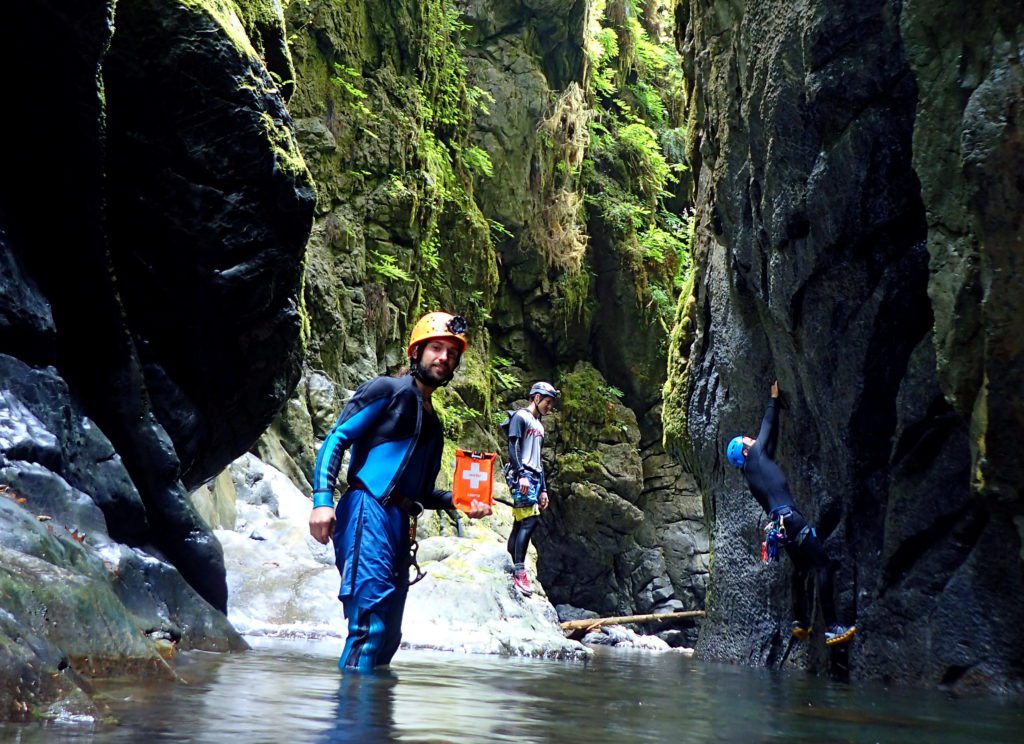 The canyon soon deepened, with a series of cascading falls and the water became more noticeably blue. We arrived at a bend in the river, where a large mouth of limestone had been created on the right. We had prepared for the inevitable caves in the canyon walls and soon had climbed up to the opening with our headlamps at the ready. Sure enough there was a small opening that continued into the wall. Natan and I squeezed in – trying especially hard not to damage the wetsuits – especially the one that I was borrowing! It opened up into a small room before a passage dropped down further through a narrow rift. It might have been passable, but opted not to continue, worried I’d probably shred the wetsuit, .

Another cave, this one on the left, was also explored. It had some small speleothems decorating the walls, as well as some nice cave glitter. The final section of the canyon was the most impressive. This is the part the road crosses and most people will hike up from the bottom. The walls were steeper, the canyon narrower and the water colder. A network of small caves had been sculpted in one of the canyon walls.
We spent some time enjoying the atmosphere, looking up and imagining ourselves abseiling/rappelling down from the road. We mentally estimated how much rope we had, but decided we were a little short to try this abseil.

We continued downstream a little further where the canyon opened up and an obvious trail wound its way up the right bank. Taking off our canyon clothes we headed up to the car. There were many small handlines on the exit track, often getting in the way rather than being a help.